The oceans have been a source of food since the beginning of human history. Sustainable fishing is an international movement that aims to restore the bounty of the ocean to ensure the survival of fish stocks for future generations.

Factory ships are designed to catch tremendous amounts of fish. They operate in international waters without quotas. A factory ship can process 90,000 kg (100,000 lbs) of cod in a single hour. Factory trawlers destroy marine habitat and ancient corals on the sea floor. Bycatch are fish caught unintentionally. Each year, millions of tonnes of bycatch are thrown back into the sea, dead or injured. [1] 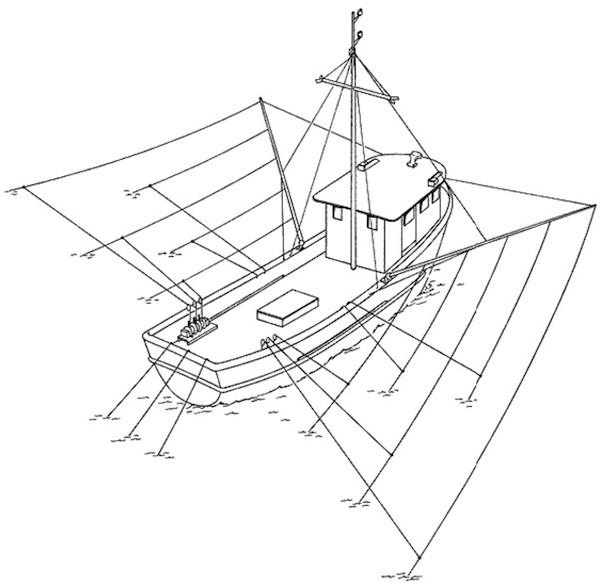 Jig troll is a method for harvesting tuna which allows the live release of dolphins and other bycatch. Barbless hooks with colorful plastic lures are attached to longlines trailing behind a slow-moving fishing vessel. The tuna are individually hooked and lines are pulled in by a hydraulic winch. The fishermen need to be extremely skilled to haul in each tuna by hand for the last 18 to 120ft (5.5 to 37m).
SABLEFISH

Bottom Longline with Traps or Hooks are used for harvesting Sablefish. Baited hooks or traps are attached to a bottom longline and anchored to the ocean floor. These are placed in deepwater offshore, targeting depths between 1,600 to 3,300 feet (500 to 1,000 metres) to capture fish. Sablefish traps consist of a conical shaped steel frame covered with netting. The fish are attracted into the trap with bait. All traps have an escape ring to allow small fish to get out. Sablefish Longlines can be up to two miles (3.2km) long and have up to 2,000 hand-baited hooks.

PACIFIC SPOT PRAWNS
Prawn Traps: The prawn trap is a large conical wire frame covered with netting. The baited traps are spread along the rocky ocean floor from 40m to 100m. Larger prawns are unable to escape while smaller prawns, crabs and fish escape through a hatch.
WILD SALMON 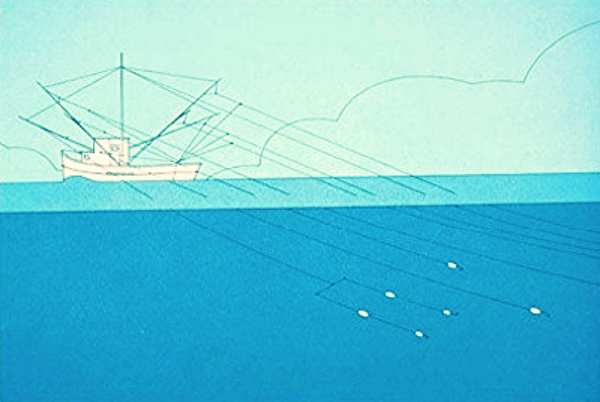 A net-free method where individual hooks and lines are spread on long poles extended over the side of the boats and towed behind a fishing vessel at low speed. The salmon are individually caught and reeled in one-by-one. It is the slowest and most selective method of harvesting. 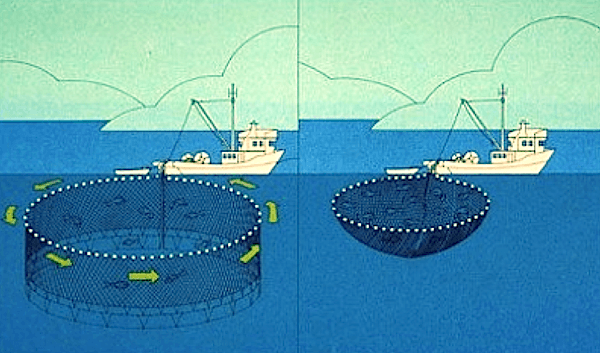 Large nets are used to encircle a school of salmon. The bottom of the net is then drawn together like a drawstring purse. A smaller dip net is used to gently scoop the fish out. Non-target species can be identified and released unharmed. 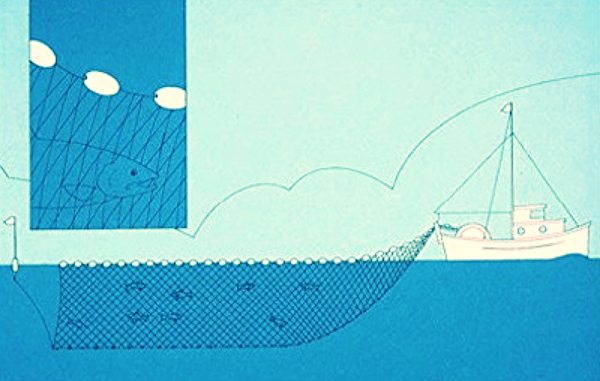 Curtains of netting are suspended by a system of floats and weights. The salmon swim towards the nearly invisible netting and become trapped by their gills. The mesh size and way the nets are suspended allow the fishermen to selectively harvest any species or size of salmon.

What does the MSC Ecolabel Mean ?